[SOUTH FLORIDA] – Any time members of the royal family travel to another country, it is more PR event than vacation. The recent Caribbean Royal tour taken by William and Kate may have begun with good intentions and a hope for lots of great photo opportunities and connection with the local people. The Bahamas is still one of the top destinations for world travelers. This is a special place. However, several serious public relations missteps put their visit in a very bad light.

Protests and Disorganization Reflected Badly on the Royals

When local townsfolk protested William and Kate’s visit and their plans to land their helicopter on the football field, the royal couple simply shifted their plans due to what was spun as “sensitive issues.” Another small protest in Jamaica tainted their visit there. Even when the royal couple were afforded the expected enthusiasm, the lack of organization and forethought gave a bad impression anyway.

The Duke and Duchess of Cambridge spent eight days touring various Caribbean islands including the Bahamas and Jamaica. The primary complaint from people who live there was the impression of colonialism that harkens back to much less pleasant and free days. The visit itself was decried as tone deaf by many people.

Jamaica’s 60th Anniversary of Independence Tour was meant to be a special moment for the island and it’s people.

No one who followed William and Kate’s journeys will soon forget the image of dozens of Caribbean residents pushing their fingers through a chain-link fence for a chance to touch the Royals hands. Instead of conveying a sense of joy and care for young people at the sports fields who live in this island nation, it looked more like a trip to a prison. That chain-link fence perfectly symbolized the separation between the rich, white celebrities and the people of color who live there.

The decision for the royal couple to ride in the original Land Rover used by the Queen in the 1960s brought back unpleasant memories of colonial days. Rather than conveying a positive sense of nostalgia. Even common photo opportunities like touring hurricane damage ends up looking bad to some people. Especially with some who see it as a PR stunt rather than any type of help or support for the locals.

No matter how well the speeches were received during the Caribbean Royal tour or how friendly and personable William and Kate are to everyone they meet, the world of public relations for government-aligned celebrities has changed considerably in the last several years. It takes more than smiles or media appearances to demonstrate goodwill.

One positive outcome of the Caribbean Royal tour is a clear and honest intention from William and Kate to take the protests, media spin, and impressions they left behind into account when planning their next visit. While negative press may have been ignored in the past, it is impossible to do so these days as stories spread so quickly on the Internet and become larger and sometimes less accurate than they originally were. The ability for prominent members of the royal family to admit their mistakes and to promise improvements is a positive change. 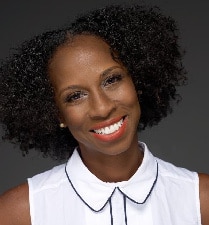 Freddie McGregor says St. Kitts is on the rise, points to significant development